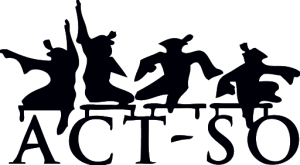 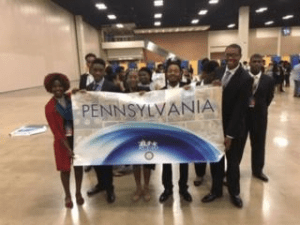 ACT-SO is an acronym for Afro-Academic, Cultural, Technological and Scientific Olympics. Its mission is to recognize, prepare, and reward African-American youth who exemplify scholastic and artistic excellence.  ACT-SO is also commonly known as “Olympics of the Mind”.

ACT-SO includes 32 competitions in STEM, humanities, business, and performing, visual and culinary arts. Almost 350,000 young people have participated from the program since its inception.

ACT-SO is a yearlong enrichment program for high school students of African descent which culminates in a competition through which youth demonstrate prowess in science, humanities, performing and visual arts, and entrepreneurship.

Who Can Participate in ACT-SO?

Students of African descent who are enrolled in grades 9 through 12 and who are U.S. citizens or legal residents are able to participate.

Participants must be amateurs in their categories of competition, that is, a student who is or has been paid professionally is allowed to compete only in categories outside of his or her professional experience.