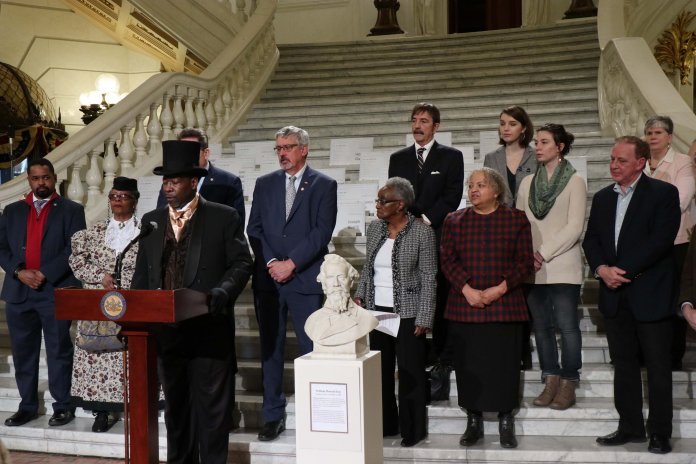 A monument to Harrisburg’s 8th Ward and the 15th and 19th amendments is announced on the Capitol Steps. 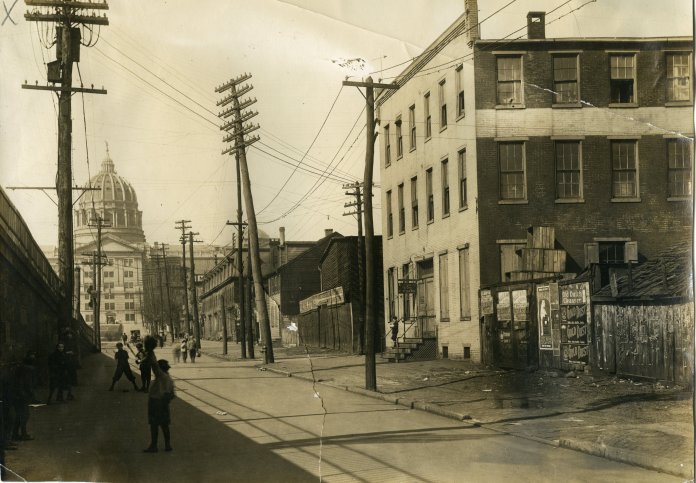 The journalist J. Howard Wert journeyed to the underworld in 1912 — and he lived to tell the tale. “These shacks have been speakeasies, gambling halls, and foul dens of prostitution,” Wert wrote in a Harrisburg Patriot-News column, describing alleys just a stone’s throw from Pennsylvania’s state Capitol. “Around some linger legends of deeds of beastiality … Continue reading

On Monday morning a small crowd gathered in the Capitol’s main Rotunda for the news that Harrisburg would be getting a new monument.

The monument will also honor the legacy of the Old 8th Ward, a black neighborhood in Harrisburg of nearly 11,000 homes that was razed to make way for the Capitol complex expansion in the early 1900s.

By June, a bronze fixture will occupy the vacant corner of 4th and Walnut streets.

Speakers at the event said Harper’s likeness will be handing the 15th amendment document back to an unspecified man, as if to say that there’s “still work to be done” to include women.

State Sen. Sharif Street, D-Philadelphia, said the monument will be a testament to progress.

“Progress can be made, and has been made,” he said.